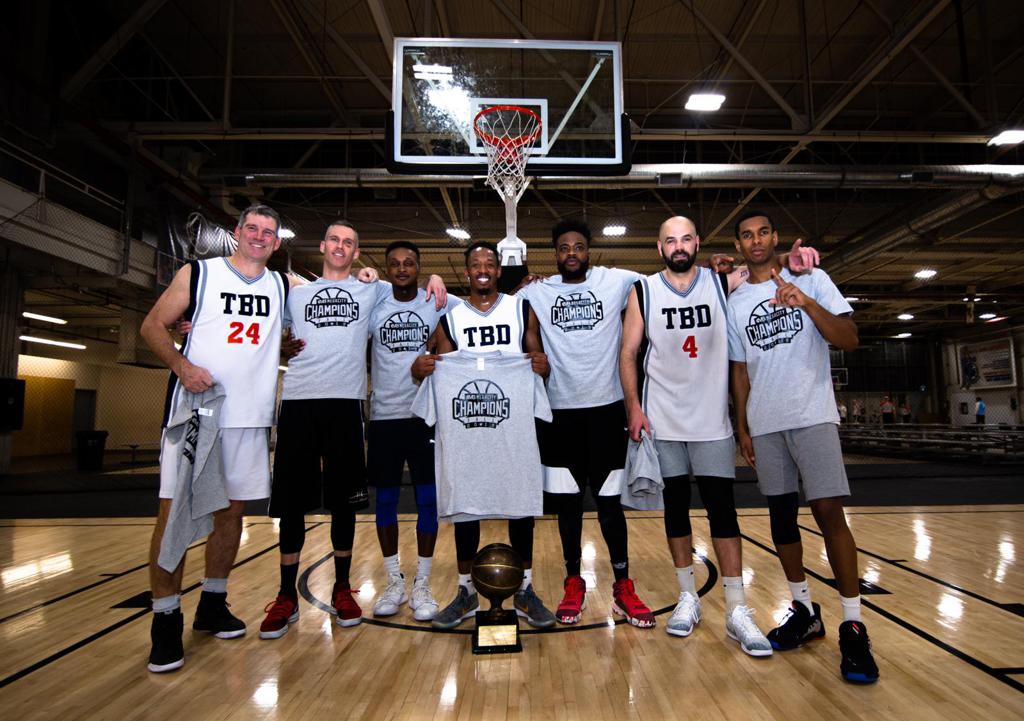 After a crazy fall season that showed TBD as the champion, it's finally time to get things started again.

There are a ton of questions, both big and small, to be answered in the next few months. Every game is a data point, and the first of 56 is Thursday Feb 20th, 730PM @ Hoop Dome when TBD begin a unique title defense going against Hong Shing.

Next Monday's Power Rankings may look a lot different than the one below, which are sure to be way off in regard to a team or two (or three or four). The greatest thing about Power Rankings is that you get to try again next week.

(Losses to: New Regime, Hong Shing and Desta by Default)

Girbran Smith takes every game, playoffs or not, seriously. TBD went 3-0 in the playoffs knocking off New Regime, Toben the *top seed* and Desta on route to a championship so they obviously have to start out as the TEAM TO BEAT, Smith averaged 23.8 points per game (on an effective field goal percentage of 55.7%) and 6 assists per game. No team seems more ready to get off to a strong start as TBD usually retains there core pieces.

Desta is coming off their best season ever in Megacity!! Making it all the way to the championship. They will be looking to improve on the showing and win it all this season.

If Desta starts improving on their attendance it should translate to more regular season wins. They are led by Chevon Brown who is as dynamic of a offensive player as they come. Coming off a campaign where he averaged 30 points per game and 5.5 assists. He will be looking to improve on those numbers. This is a player to follow throughout the season.

(Losses to: TBD and SCF)

Toben known as one of the most Dominating teams that the City of Toronto Has ever seen . They will be looking to improve on a season in which one can say was disappointing. For Toben it is championship or bust, so look to see some New faces to join Toben.

Toben is currently lead by Nolan Gooding who has been a steady contributor to Toben over the years. This past campaign he averaged 16.0 Points per game and 3.2 assists. Look for Toben to lean on his veteran leadership to get Toben back to the top as Nolan brings a lot to the table.

(Losses to: Toben and TBD)

Brian Rouse is going to have a huge offensive season; He averaged 31.5 points game, shooting over 60% from the field and 45.5% from three. SWAT is known as a defense first team. So look for them to show constant ball pressure and to apply several different presses throughout the season. They play best when they are creating turnovers and getting out in Transition buta t the same time excel in the half-court game. Look for them to be a top 4 team as per usual.

Hong Shing is a scary team that has a great core. They easily could have finished the regular season 8-0 but lost 3 games by 2,3 and 1 point.

Look for former league MVP Ashton Graham to come out firing. As he will be playing with a chip on his shoulder. Last session he averaged 22.2 Points per game and 7.8 rebounds. Hong Shing lost a few key pieces to the pro ranks. So don’t be surprised if they start out slowly out the gate until they have time to Gel. Simon Cummings will need to have a strong season this year if they want to win the championship and be considered real contenders.

Team CZ certainly has the talent. As they have big time players in Arun, Cruickshank, and Dre. Team CZ has won the whole thing before and are trying to get into the upper echelon once again. Team CZ tends to live and die by the 3. They can put up points in a hurry so never count this team as out of a game.

Nothing is known about this team so we have to rank them last. Doesn’t necessarily mean that they are the worst team in the league. But they will have to show and prove that they can bring it on a weekly basis in the toughest league in the GTA.

Good luck to all teams!!!